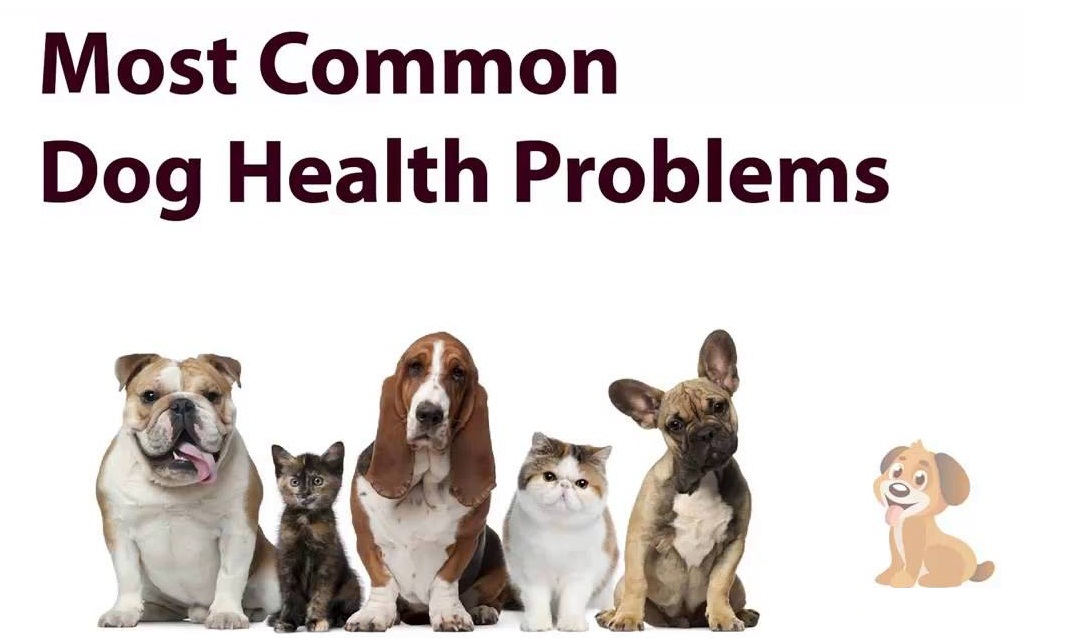 Bloat – When bloat occurs, the stomach swells up with liquid and gas that the dog cannot get rid of naturally. If the stomach twists (torsion), this cuts off blood supplies to the stomach and organs. This is very serious (fatal within a few hours) and needs to be seen by a vet immediately. The cause of bloat is not known. Some theories are: exercising too soon after eating, drinking excessive amounts of water after eating, the stretching ability of the ligaments holding the stomach, and stress. The warning signs are restlessness, arching of the back, repeated unsuccessful attempts to vomit, and a hard, distended stomach.

Demodectic Mange – Mange is caused by an external parasite (mites) that can be seen under microscopic viewing of a skin scraping. These mites are commonly found in low numbers on healthy animals (in hair follicles). However, when dogs have a compromised immune system, they may develop this disease. Puppies are most prone. Symptoms are dry, itchy, scaly skin most commonly around the eyes, ears, muzzle and feet. However, these “spots” can be seen all over the body.

On darker colored dogs, it’s easy to see bald spots that may be mistaken for scars. -Treatment is the use of a topical insecticide (Mitaban), which usually requires a series of baths (usually no more than 3) many weeks apart. -This form of mange is NOT contagious to other dogs, animals, or you. This is commonly seen in young pit bulls (under a year). Many people misdiagnose the spots as old wounds. If the spots do not start growing fur in a week, you should have your vet do a skin scraping to be sure. The mites are very easily identified. The mites that cause mange are found in hair follicles and cause bald, red spots on the skin.

Sarcoptic Mange – Also known as scabies, this external parasite burrows into the skin. The itchiness causes the skin to become inflamed and causes scabs with a secondary bacterial infection taking over. The most common infected areas are the head, elbows, and ears. Untreated cases often show flaky skin, fur loss, and scaly, irritated (sometimes open) spots.

This is very contagious to you and other animals. -Treatment is an injection of Ivermectin weekly for 4 weeks. For puppies or breeds sensitive to Ivermectin, a Lyme Sulfur dip is used. The disadvantage of this method is the smell and the yellow stain associated with it, but it is effective. You must wear gloves and prevent direct contact with infected areas as it is contagious to humans.

Symptoms are pain and stiffness, reluctance to do normal things. Arthritis is not curable, but there are ways to make it less painful. -Adequan is an injectable that prohibits enzymes from breaking down cartilage. Cosequin is an oral drug that supports cartilage. Rimadyl and Etogesic are non-steroidal anti-inflamatories that stop enzymes in the inflammatory pathway and provide pain relief. Steroids are also another option.

Ringworm – This is a fungal infection and causes small, round, itchy bald patches. Often they are seen on the head. Ringworm is contagious to other animals and people. And the spores can remain in your carpet and furniture for months after the infection on your dog clears up. -Treatment are fungicides, although a newer way (it worked with my dog) is to give a prescribed (by a vet) dosage of Program. Based on the weight of the dog, this could be 5-8 tablets at once. This is repeated once a month for 2-3 months.

Ruptured cruciate ligament – This ligament is in the knee and its rupture is similar to what happens to human athletes when they say they ruptured their ACL. Symptoms are limping, refusing to walk, and pain in the area. This is a common injury of heavily muscled dogs, making pits prime targets. -Treatment is surgery.

Lyme Disease – This is of growing concern in many areas of the U.S. The disease is caused by a bacterium that is carried by ticks. It is passed when the tick bites the dog (it is only passed tick to host, not host to host). Symptoms include sudden lameness, caused by swollen joints (similar to arthritis). The dog will be weak and feverish. Often the lameness is reoccurring. The most common time of year to be concerned is May-August.