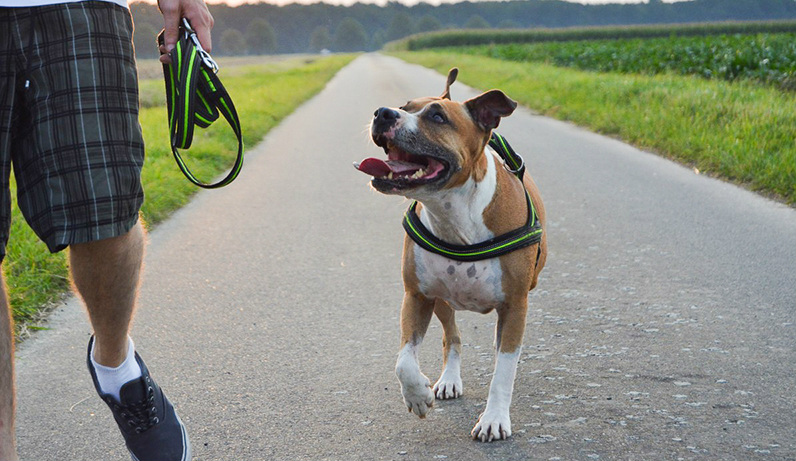 Just as all dogs, pit bull breeds come with defective genes that may cause genetic or hereditary diseases. In general, the top of the list are: Deafness, chronic hip dysplasia, compulsive tail-chasing, patellar luxation, cancer, and atopic dermatitis.

Pit Bull Health Concerns: Deafness – It is not life threatening but can cause problems. Usually complete loss occurs by 3-4 weeks of age. It can also occur by infection, blockage, trauma, poison and genetics. Deafness is associated with a white coat color, but is fairly rare in AST and APBT’s. Mostly this is seen in Bull Terriers. Deaf dogs are completely capable of living full and happy lives. Hip Dysplasia – This is the most common heritable orthopedic disease in dogs. German shepherds are probably the most commonly seen with this, but pit bulls also get it too.

Hip dysplasia is a malformation of the hip joint, where the femur head doesn’t fit properly into the socket of the pelvis (forms the hip joint). With the joint being loose, dislocation can occur easily. Also, because it is not fitting properly, rubbing of the joint surfaces may occur, causing inflammation, pain, and cartilage damage. This can lead to osteoarthritis, which is irreversible. -Treatment is surgery to replace the hip or reconstruct it. After surgery, pain management, weight control, and drugs are needed to further healing. Note: The AmStaff ranks 18th with 26% of x-rays seen being dysplastic; APBT ranks 33rd with 19.5% and the Staffie ranks 43rd, with 17%.

Tail-Chasing – Compulsive chasing of the tail, or spinning, is a very sad situation. The cause is unknown but it is possible it is genetic. Repeated stress can also set off the disorder. Common stressors are: a new baby in the house, schedule changes, barrier frustration, and harsh punishment. If the dog continually experiences a worrying situation and responds in the same way each time, this creates physiologic changes in the central nervous system.

Over time, any stimulation triggers this behavior. When the dog cannot control initiating or stopping the behavior, it becomes compulsive. -Treatment involves eliminating stressors that may have caused it, and medical therapy is often needed. Dr. Moon-Fanelli has been researching this disorder in Bull Terriers since 1994. The onset of this disorder often occurs between 6 and 16 months of age.

Patellar Luxations – This is the dislocation of the kneecap and is more common in Bulldogs and Bull Terriers. It occurs when the groove that the kneecap sits in (on the thigh bone) is not deep enough, or when muscles, tendons, or ligaments are misaligned, shifting the patella out of its path. This is considered a genetic and congenital disease that is present at birth, but dislocation may occur at any time. -Treatment is surgical correction.

Mast Cell Tumors – These tumors are among the most common malignant tumors in dogs. Mast Cell tumors are neoplastic, or uncontrolled and progressive, growth of an immune cell, called a mast cell. Mast cells play an important function in the protection against bacterial infection. In dogs, these tumors are most commonly seen in the skin. The prevalence is such that 20% of dogs get this type of skin cancer.

Mast cell tumors can be benign or very aggressive, in which the spread is so quick that it will lead to an unstoppable, downward spiral to death. Diagnosis is made with a fine needle aspiration. A biopsy is needed to determine the grade of the tumor. -Treatment consists of surgical removal of the mass, combined with radiation or chemotherapy to kill the cells left behind.

Atopic Dermatitis – This is one of the most common heritable skin disorders in dogs. Dogs with AD are hypersensitive to environmental allergens, such as grass and weed pollens, and also may be sensitive to dust and molds. AD usually occurs in the summer and fall and the age of onset is between 6 months and 3 years. Unlike humans, dogs do not usually grow out of these allergies with age. Diagnosis is based on clinical signs. Also, allergy tests can identify specific allergens. -Treatment is immunotherapy, which is a series of injections of the affecting allergens, in hopes to desensitize the system. It may take 6 months to a year to see results.