Just some miscellaneous ramblings of mine . . . 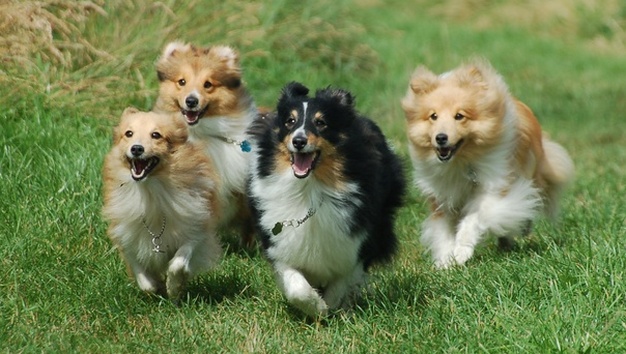 I LOVE the look of the large breed dogs, but I just don’t want to own a 50 to 110 pound dog, let alone several of them.  Many people live in townhomes where restrictions are in place where they can’t own a dog over 20 or 30 pounds.  And many people want something more compact that is easier to deal with, less expensive to feed, has smaller clean up material laying around and is safer to have around children.  So “Why Not” have a Mini Boxer?  For myself, and the new owners of the puppies that I raise, it is an awesome option!

Can you imagine a world where nothing new was ever developed or if existing things were never improved upon.  No new food recipes, no new car models, no new electronics, no computers would ever have been developed, no digital cameras, no dishwashers, no indoor plumbing, no electricity.  The world is an ever changing and evolving place and it happens in every aspect of our lives, and yes it can and does happen in breeds of dogs.

I have received this comment several times . . . “stop ruining the Rottweiler breed” or “why are you ruining our Boxer breed”

Huh?  That one I don’t understand.  I am not ruining “anything” for anyone else.  If you want a full sized Rottweiler or Boxer, then go ahead and get one.  They are available in every city in every state of this country.  I have nothing to do with those one way or the other.  I am not ruining your shot at owning one of those.  I am not “tainting” or “polluting” the standard sized breeds in any way.  (I think people hear various statements somewhere and just repeat them without really knowing what they are saying, they act kind of like sheep and just follow blindly.)

I have also gotten this comment more than once . . . . “you can’t call these “Mini Boxers” because they aren’t 100% Boxer”.  I am an expert in breed hybridization for 20+ years and I find it rather shocking that people who have never studied breed development/hybridization, who have most likely never bred a dog in their life, seem to think they can make a comment at all, let alone try to demand that I stop breeding my dogs or stop calling something by a certain name.  Many people think that the only way to “miniaturize” a breed is by taking only small versions of 100% bloodlines and breed them together and keep the smallest and do it again and breed to the smallest again to try to shrink the breed down over time.  Yes, that is one way to do it I suppose, but that way would take 5 times as long to acheive my goal, and I would be forced to keep much larger dogs than I personally want to.  Let me give you a perfect example, let’s look at the Schnauzer breeds.  That breed comes in Miniature, Standard and Giant size varieties (and even Toy size I hear).  So let’s look at how the Miniature Schnauzer was developed.  Did that size of Schnauzer just come from breeding smaller sized 100% to 100% dogs and keep the small ones and keep going from there?  NO!  The Miniature Schnauzer was bred in the late 1880’s by crossing the Standard Schnauzer with the Affenpinscher and probably the Poodle.  It also works in the “enlarging” of breeds.  Let’s look to the long established Schnauzer breeds again.  The Giant Schnauzer history is thought to have come from crosses between dogs such as the black Great Dane, Bouvier des Flandres and the Standard Schnauzer.